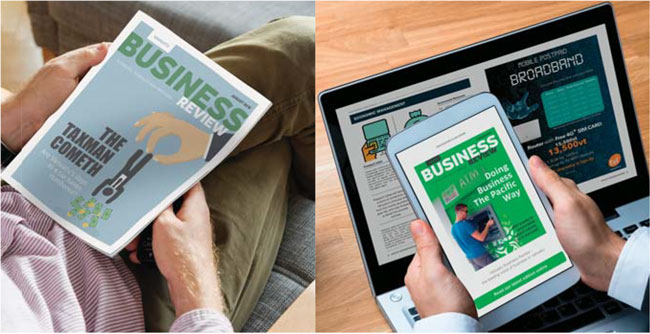 Concerns raised about what will happen after urban leases expire.

All urban leases in the Capital have a term of 50 years commencing in 1980 when Vanuatu achieved independence. These leases will expire in 2030. The Lands Department has been extending the 50 year urban leases by a further 25 years for nearly 20 years, since the Land Leases (Amendment) Act No 24 was passed in 2003. This law was incorporated into the land Leases Act as Clause 32B. When a lease is used as security for a mortgage, the banks have requested and in most cases, provided the funding to have these leases extended. However, many leases in the Urban boundary have not had the terms extended and will expire in 2030. The premium payable to extend the leases has been one of the impediments to the extension of these leases, and the calculation of the premiums payable are based upon a formula used by the Lands Depts using unimproved land values on certain zones and the annual land rent.
The Daily Post spoke to the principal of Island Property Consultants, Douglas Patterson in 2019 about Land issues and this is an extract from the interview.

What happens at the end of your lease?

Nearly all leases have a standard clause that states something like, “on expiration of the said term or other sooner determination of the lease to peaceably and quietly deliver up vacant possession of the leased land including all improvements thereon to the Lessor.” This is what is stated in Clause 41(j) of the Land Leases Act. Basically, everything you own, land title and buildings, will be given back to the Government or the landowners named as lessor, without any compensation payable to you as lessee or property owner.

In other words, when your leasehold term is finished, you will no longer be the owner of your property, and you will have to leave?

Common sense might tell you that this will be totally impossible to enforce, socially and politically, but that is the legal position as stated in nearly every lease. However, does anyone seriously believe that thousands of ni-Vanuatu who have saved or borrowed for years to build or buy their home will simply quietly pack up and go? There is no chance of this happening! For a start, where would people go to? To squat on another piece of land that they also don’t own?

Can you imagine the chaos and upheaval if this were actually to happen! Imagine the anger among a population that has spent years buying and building and paying mortgages to own a family home. The hope has to be that the Government of the day will – sometime very soon – recognize the urgency of coming up with an answer to your question – and the question that all lessees have, namely, “What happens at the end of my lease?”

Can’t lessees renew or extend their leases under current laws?

In 2003 Parliament passed a law, the Land Lease (Amendment) Act No. 24 of 2003, enabling any urban lessee to extend a lease that is currently less than 75 years up to 75 years, the maximum allowed by law. But this law only applies to the urban or state land areas. This is dealt with in section 32B of the Land Leases Act. However, because there are fees to pay to extend a lease, only a very small percentage of lessees are doing this, usually because they are borrowing money, and the bank insists on a longer lease term in order to secure their mortgage, or they are selling, and the buyer, or the buyer’s bank insists on this being done as part of the sale.

If your urban lease is already 75 years, you cannot extend it, although the Land Leases Act in Section 32C says that the lessee “may apply for a renewal of the lease” and the Minister of Lands “may renew a lease if the Minister is satisfied that the lessee has complied with all the conditions of the lease.” The difference between ”may” and “shall” in such circumstances where a renewal is a possibility, but not a right, obviously creates profound uncertainty. As things stand today, there is no statutory right of renewal of either an urban or a rural 75 year lease title.

A former Minister of Lands told me that a fundamental part of the leasehold system is that the land owners as lessors must have a realistic expectation that they will one day get their land back. But if you are a lessee, in order to have any confidence that you won’t lose your property, whether that is your personal home, or the country’s largest resort, you need to have a reasonable expectation that you will be able to extend or renew your lease title.

At some point before too long the Government will need to address this crucial dichotomy, and create legislation that addresses this issue, especially since the majority of lease titles in the country are owned by ni-Vanuatu, and that percentage increases every year.
Can you imagine the shattering of confidence in the economy – and the country – that will occur on the day that the first privately held lease title is not renewed? Or the economic shambles that would be created if leases in some parts of the country are renewed, but not in other parts?

There is less than 9 years until many leases expire. There is time for the Vanuatu Government to formulate a clear policy with regard to this very important subject.