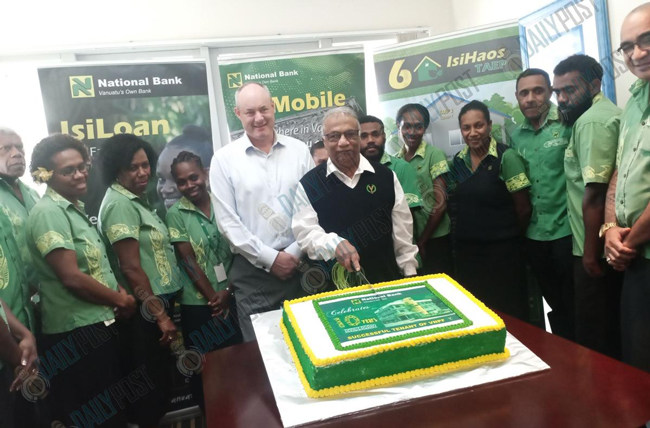 The National Bank of Vanuatu (NBV) celebrated 10 years as a tenant of the Vanuatu National Provident Fund (VNPF) yesterday.

Located next to the former Club Vanuatu in the centre of Port Vila Town, NBV Building is one of the property investments of VNPF.

General Manager (GM) of VNPF, Parmod Achary and some staff joined the Chief Executive Officer (CEO) of NBV, Geoff Toone, and staff in a cake cutting to mark 10 years of NBV being a tenant to VNPF.

CEO Toone commended VNPF for keeping the property in good condition throughout the past 10 years, as part of its obligation.

VNPF and NBV have always had a close working relationship. VNPF has been an active shareholder of NBV for many years.

VNPF is currently the major shareholder in NBV, having 56% ownership.