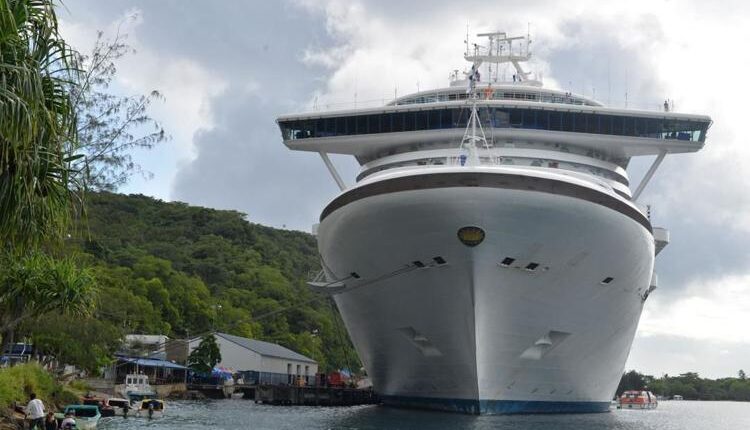 
P&O Cruises Australia Sets Course to Resume Cruising in May

P&O Cruises Australia has flagged a return to cruising at the end of May, with the launch of a new 2022 program of sailings from Sydney, Brisbane, Adelaide and Melbourne.

According to a statement released by P&O this week, the move follows growing indications that Federal and State Governments are becoming more comfortable with welcoming cruise ships back to Australian shores as part of society returning to normal after two years of COVID-19 restrictions.

P&O Cruises President Marguerite Fitzgerald said the cruise line was excited to be working towards re-starting operations on May 31, 2022, subject to government approval, and had begun preparations for the staggered return of its three-ship fleet and crew.

“We’ll be working closely with government agencies on our return which will see us visit about 20 ports around the country after an absence of more than two years,” Ms Fitzgerald said.

“Australia has long been one of the world’s strongest cruise markets and as the nation’s only home-grown cruise line we are excited at the thought that our loyal customers will be travelling with us again very soon.”

Ms Fitzgerald said the rolling pause in cruising over the past two years meant the cruise line had to revise its deployment schedule for 2022 to ensure it could restart operations smoothly.

Under the new program, Australian cruising will now resume when Pacific Explorer sails from Sydney on May 31 on a four-night roundtrip cruise to Brisbane, where the ship is scheduled to make the first call at the city’s new cruise terminal on June 2.

Pacific Explorer will then sail from Sydney on a series of Queensland and South Pacific cruises until late October, replacing Pacific Adventure’s scheduled program. While most cruise itineraries will remain unaltered by the change of ships, a 10-night cruise to Vanuatu departing June 1 has been replaced with three shorter domestic cruises.

Meanwhile, the Brisbane debut of Pacific Encounter has been rescheduled from June 4 to August 20, 2022, prompting the cancellation of 15 cruises.

Ms Fitzgerald said the cruise line deeply regretted the cancellation of the cruises and any changes to itineraries, and apologised to all affected customers.

“Unfortunately the shifting landscape over the past two years made it very difficult for us to anticipate when and where we would return to cruising.

“Now we have more clarity and growing confidence, we have reset our plans to stagger the resumption of cruising in a way that enables us to bring our ships and crew back to Australia as smoothly as possible.”

Ms Fitzgerald said P&O would be working closely with agents and affected guests to explain the changes and rebook them on new cruises.

The cruise line will also liaise closely with the governments of Fiji, New Caledonia and Vanuatu on the planned return of cruising to those countries in the second half of this year.

“Our new schedule anticipates a return to the South Pacific from August, but we will be working closely with governments throughout the region, as well as our industry partners, to ensure this is possible and that we meet all local protocols,” Ms Fitzgerald said.

She said the cruise line looked forward to supporting its suppliers across fresh produce, maritime and logistics, entertainment, shore tours and travel agency once again and to contribute to economies throughout Australia.

Guests whose bookings are affected by the latest announcement will be notified of the options available either directly or via their appointed travel agent.