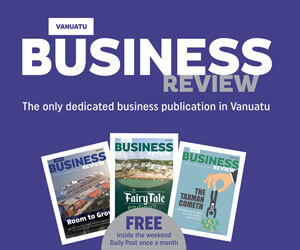 The Magistrate Court has ordered a Chinese national to pay more than Vt123,000 damage for slapping a 14-year-old boy who went to his shop to buy biscuits.

A default judgement was entered in favor of the boy who was slapped by Mim Ming Weng who failed to turn up in court when the matter was listed for trial.

Weng is the owner of a shop at Agathis area where the incident has occurred.

Acting Chief Magistrate, Anna Laloyer, said Vt10,000 is awarded for slapping the back of the boy’s neck and grabbing his neck, Vt10,000 for fear and humiliation caused to the student from his action and Vt13,500 as interest of 5% of the judgement.

The unchallenged affidavits revealed the boy was accompanied by another 7-year-old boy to the shop during a break time when the incident happened.

“The court is satisfied that the victim was afraid when the defendant slapped him on his head,” Magistrate Laloyer said.

“A normal person would not react in such manner unless he or she was provoked, even though the victim denied any provocation in court.

“The defendant is not in court to challenge this concept. Thus, the court will award damage to the claimant at the end of the scale for fear and humiliation caused to him by the defendant.

It was told that the mother of the victim received a call in her workplace that her son has been slapped by the shop owner.

Acting Chief Magistrate also awarded a total cost of Vt10,000 to be taxed to the shopowner as the cost of the proceedings.

The incident happened in 2019 when the victim was a student at NTM School.

The victim’s mother made alleged claims of assault resulting in injuries. However, there were no evidence to back up the allegations in court.

The court was satisfied that the defendant only slapped the boy on the back of his neck. The shop owner was not in court to challenge what made him reacted this way as the boy has denied any provocation.