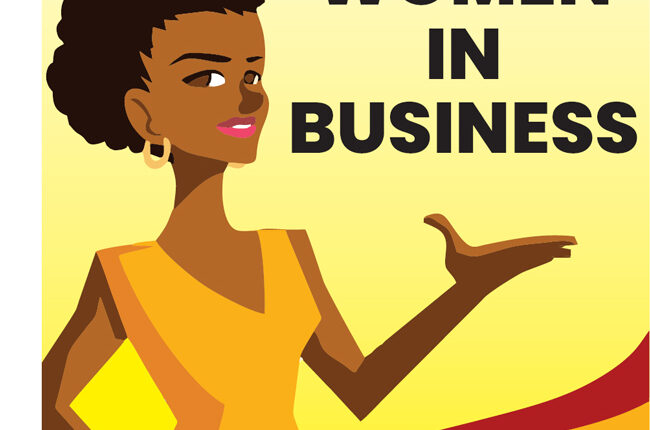 Vanuatu Business Review » The Vanuatu Government, Ministry of Finance and Economic Management published its half yearly Economic and Fiscal Update


The Vanuatu Government, Ministry of Finance and Economic Management published its half yearly Economic and Fiscal Update

The Vanuatu Government recently published its half Yearly Economic and Fiscal Update in a long report. The VBR will attempt to summarize and cover the main points in the report.

COVID-19 has crippled economies worldwide and induced severe economic contractions across much of the Pacific Island Countries with the largest impact felt by those countries that had tourism dependent economies. Vanuatu whilst not heavily dependent upon Tourism has not been immune to the downturn. While it remains COVID-19 free, it has not been immune to the negative effects of the pandemic. Real GDP growth has been downgraded from 4% to 2% in 2021 and from 4.5% to 3.7% in 2022. In response, the Vanuatu Government has fast tracked major infrastructure projects and implemented two Economic Stimulus Packages to boost economic activity and assist the business sector.

Throughout the crisis, the Vanuatu Government has continued to operate under an operating surplus despite falls in tax revenues. This was assisted by the revenues from the Honorary Citizenship Programs which continues to exceed VAT revenues as the major sources of government revenues.

The Delta Variant of COVID-19 continues to spread affecting global growth despite ongoing Vaccination casting uncertainty over the Global Economy. Advanced economies continue their push to have the adult populations vaccinated. Vaccine hesitancy has been a problem with the rate of Vaccinations in many countries.
The IMF has projected world economic growth to 6% in 2021 with advanced economies expected to recover from the pandemic faster due to earlier access to vaccines. The recent surges in COVID-19 due to the Delta Variant will affect growth forecasts. As the world slowly recovers from the pandemic induced crisis, commodity prices are expected to rise in line with the projected growth.

Across the Pacific Region the largest impact has been felt by Tourism dependent countries, and in particular Fiji which has recently experienced an outbreak due to the spread of the Delta Variant. Whilst growth was expected to rebound in these countries, those projections were based on easing of border controls and a gradual re-opening of the country as the country’s vaccination programs are rolled out. However this may change as a result of the Delta variant. Recent outbreaks in Australia and New Zealand has resulted in lockdowns being imposed. Any easing of restrictions as a result of the outbreaks appear only possible once vaccination rates of 70% are achieved. The lockdowns will no doubt affect the growth forecasts that were compiled prior to the outbreaks.
Overall, a rebound in growth is expected across the Pacific Region but lower due to the effects of the Delta Variant.

Vanuatu is one of the Pacific Island Countries that has been dependent on Tourism as a driver of Economic Growth. As a result of the border closures, and a Category 5 Cyclone in 2020, the economy has suffered. In 2020, Vanuatu experienced contraction in GDP of -2.6%. The services sector contracted by 5.6% but was supported by mild growth in the Industry and Primary sectors. In 2020, the Vanuatu government maintained an expansionary fiscal policy in an attempt to stimulate aggregate demand and support the economy. It continues to adopt the same policy for 2021.
The Agriculture Sector is forecast for positive growth in 2021 and 2022 as a result of the implementation of Government Policies, TC Harold recovery programs and the 11th EDF. The Quarterly Statistical Indicator ( QSI) from the National Statistics Office shows that despite declines from 2019

levels, for exports of Kava and cocoa, there appears to be perseverance for the major commodity exports of copra, Kava, cocoa and coffee. Other parts of the Agriculture sector are expected to recover and are projected for growth in 2021.
The Industry sector, has historically been the main driver of the economy. Despite border closures, and no international tourists, the Industry sector continues to remain in business despite a contraction in 2020 and is projected to grow by 6.7% in 2021 accelerating to 13.7% in 2022 as large infrastructure projects are implemented, and the Vanuatu Government adopts an expansionary fiscal policy.

The Services sector which suffered a lot in 2020 continues to remain weak with borders to remain closed at least until the end of 2021. The accommodation and Food services subsector which heavily depend upon international tourists was expected to rebound with the expectations of borders re-opening by year end and the implementation of an effective vaccination program. However with the extension of the state of emergency till the end of 2021 and uncertainty with regard to the opening of borders the projection has been revised downward from 6.4% growth to a contraction of a further 3.9%. Overall, however, growth in the medium term for the Services Sector is projected to grow at a moderate rate of 2.4%.

Domestic macroeconomic fundamentals remain sound with the Reserve Bank of Vanuatu continuing to achieve its monetary policy objectives in the medium term. At the end of June 2021, the country had sufficient reserves to cover 13 months of Import. This has been boosted by revenue generated through the sales of passport under the Vanuatu Support Program (VDSP) and Vanuatu Contribution Program (VCP) and continues an upward trend in net foreign assets reflecting net inflows in to the banking system. Private sector credit remains weak despite bank moratoriums on loan repayments. The banks continue to struggle both with increased provisions for impairment losses and a struggling client base. Combined earnings of the banks fell from VT1.5b in 2018 to VT111m in 2020 due to lower interest rate margins and stagnant private sector lending.

Government Revenue collections excluding development financing totaled VT14,996.1m as of the end of June representing 43.7% of budget target and 7.6% less than the amount collected in 2020. VAT revenues which are a reflection of consumer demand was 6.8% less than the amount collected in the same period 2020. However, Taxes on international trade constituting import and export duties were 16% more than the first 6 months of 2020. Revenue collections from the VDSP and VCP programs continue to be affected by the prolonged effects of the COVID-19 pandemic and concerns on the correspondent banking issues with the National Bank of Vanuatu. In the first 6 months compared to 2020 by passport revenue fell by 20.8%. Despite lower revenues, the Vanuatu government continues to operate a fiscal surplus recording of VT606.3m at the end of June which was 47% less than the surplus recorded at the same time last year of VT 1,144.2m.

Revenue, Tax Policy and the EU Code of Conduct Group

In addition to the reduction in VAT revenues, The VDSP continues to be a major contributor to the National Budget. The issues surrounding Correspondent Banking problems with the National Bank of Vanuatu, will continue to affect national revenue for the remaining months of 2021 and the 2022 financial year and it is anticipated that revenues will be less than the budgets for the 2021.
The Vanuatu Government has been working hard to ensure that it meets international standards on good tax practice. These standards were set by the OECD’s Global Forum on Transparency and Exchange of Information and the EU’s Code of Conduct Group. Up to 2017, Vanuatu had made good progress to get a Largely Compliant rating with the OECD Global Forum by having the necessary legislation in place. However, it had failed to effectively implement the legislation and was downrated to a Partially Compliant rating in 2019. In 2019, the EU concluded that Vanuatu had not taken sufficient steps to fulfil its commitment and was placed on its blacklist. To date it has remained on the blacklist waiting for legislation to be passed by Parliament for the removal from the blacklist.

How has Vanuatu Fared under the COVID Pandemic?

The Economic data that has come out from the half yearly reports suggests that whilst there is real economic pain, it has been able to get through these troubling times less affected than other countries in the Pacific. This has largely been due to the revenues the country has been able to obtain through the VDSP and VCP programs. These programs now contribute more to government revenues than VAT. It has enabled the Government to implement 2 Economic Stimulus packages and fast tracked major infrastructure projects whilst at the same time operate surpluses.
A few issues continue to affect the future. Sometime in the future, borders will need to be re-opened. Currently approximately 34,000 doses of the Vaccines has been administered. At the current vaccination rates in Vanuatu of 353 per day, it will be 2024 when it reaches 70%. Clearly this timetable is insufficient if there is to any resemblance of a Tourism Industry in the future. The other concern is international isolation and the huge concerns with the loss of correspondent banking with the NAB by the National Bank of Vanuatu. Concerns have been raised that this has been linked to the reputational damage of Vanuatu due to its citizenship programs and the AML/CFT risks.