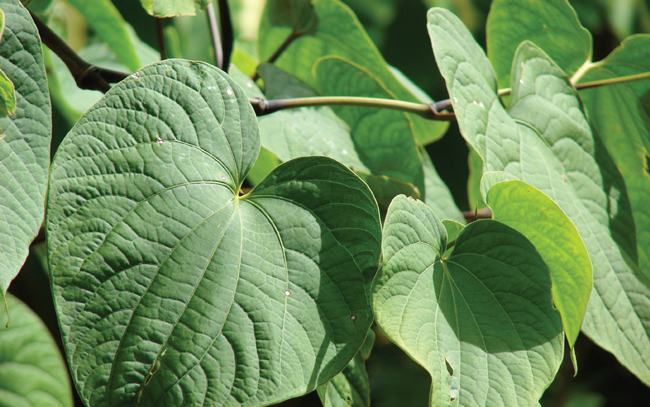 Vanuatu Business Review » Unleashing the potential of the kava industry


Unleashing the potential of the kava industry

The kava industry is arguably Vanuatu’s most important and interesting sector. According to data from the 2020 National Population & Housing Census it provides income and support to 42% of households around Vanuatu (26,000 households in total) – putting this into context there were around 20,000 individuals employed in the formal private sector prior to borders closing. It is Vanuatu’s most important cash crop – the domestic market is very strong and in 2019 it was responsible for 57% of merchandise exports. When prices are high it gives farmers a level of income which is extremely difficult to achieve otherwise – as a 2019 Comparative Report by the Asian Development Bank put it ‘At current prices no other crop or livestock enterprise can come anywhere near kava in terms of profitability’. It is also a unique industry – both in terms of its immense cultural and historical value for Vanuatu and the Pacific, and in terms of the product itself; a natural drug which gives a short, low-level, relaxing buzz, with far fewer health impacts or side effects compared to alcohol and tobacco.

Furthermore, it’s the only product which is nearly exclusively produced in the Pacific – meaning Vanuatu is a major player in the global economy, with low quality data suggesting Vanuatu may be the world’s largest exporter. Furthermore, there is huge growth potential – currently almost all of Vanuatu’s exports go to just four countries (the USA, New Caledonia, Fiji, and Kiribati) leaving large levels of untapped demand.

The industry was also rapidly growing before the borders closed. From 2011- 2014 kava exports averaged VUV 766m each year (15% of total merchandise exports). In 2015 this plummeted to just VUV 180m, due to the impacts of TC Pam.

Since then, the kava market has exploded, with exports averaging VUV 2,112m annually from 2016-2020. This increase in kava exports has predominantly been driven by an increase in price, rather than quantity.

From 2017 to 2018 the value of exports increased by 98%, yet the quantity fell by 29%. This price increase was driven by a combination of increased global demand (particularly from the USA, which has 200 kava bars) and suppressed global supply after cyclones Pam and Winston which destroyed a substantial proportion of global kava production. There has also been increasing quality – both in production (farmers) and processing (exporters) – and an increased global recognition of kava; in particular the approval of a CODEX standard in 2020.

Of course, unlike most other merchandise exports, there is also an incredibly healthy domestic market for kava. The best available data suggests that the local market was worth roughly 70% of the market pre-pandemic. Anecdotally the domestic market saw strong growth too in the latter half of the last decade.

Although data is lacking, it is clear that a good amount of this price increase was passed onto farmers, with the price of a kilogram of green kava at least doubling from 2012/13 to 2019. This meant there were serious profits for farmers who had large quantities ready to harvest towards the end of the last decade, with many farmers able to afford a standard of living which had previously been unattainable. The benefits of this were particularly noticeable in Pentecost – with 91% of households in Pentecost reported planting kava in 2016, compared to 28% for the rest of the nation. The results were clear with consumption rising at a very rapid rate, before the island was struck by the twin disasters of borders closed and TC Harold, a Category 5 Cyclone which ravaged much of the island.

In response to this price increase, kava production substantially increased. This has been supported by an effective program by the Department of Agriculture and Rural Development to distribute kava cuttings. From 2016 to 2020 the number of households engaged in kava farming increased by 48%. The size of kava farms has also increased, – including with the development of extremely large-scale farms with tens of thousands of kava plants. Most of this supply has not come to maturity yet, and so it is likely that there will be a further increase in the level of harvest-ready kava. More data is needed to understand the scale of this issue, but it has the potential to negatively disrupt the equity of the production market – smallholders may increasingly struggle to compete with these large farms who are able to achieve both greater economies of scale and consistency of supply – particularly in terms of quality.

At the same time as the equity concerns, there are increasing concerns about the sustainability of the market. Deforestation is one particular area of concern, and the potential of the industry must not be allowed to cause long-term damage to Vanuatu’s environment – particularly thanks to the ever-looming threat of the climate crisis which is already causing substantial damage. Research is urgently needed to better understand this. Similarly, the NSDP Baseline Survey highlighted concerns that households were becoming overly reliant on kava, and not planting sufficient staple crops which form the basis of traditional diets – which are far healthier than the imported alternatives.

The rising supply in Vanuatu has also been accompanied by increasing production internationally, as Fiji recovers from TC Winston, and as new players enter the market – notably The Solomon Islands. It is in this context that COVID-19 struck. The pandemic has led to reduced demand both domestically and globally, thanks to a combination of recessions and lockdowns in key markets, as well as disruption to the freight market – for example the cost of air freight increased by 500%. The impact of this is clear – the value of kava exported was 28% lower for January-November 2021 compared to January-November 2019.

Once again, the domestic market has limited data, although it is clear anecdotally that demand fell once the borders closed – especially in Port Vila. Kava sellers at Anamburu kava market reported that it now takes a week to sell a 100 kg bag of kava, compared to just two days before the borders closed.

The reported price per kilo was also 40% lower. This all contributed to substantially less money flowing back to the islands.

This combination of an increase in supply and a fall in demand means that harvesting kava is currently not as profitable as before. There are large quantities of harvest-ready kava which are now being left in the ground – representing the biggest source of untapped wealth during a high period of economic stress.

Before looking forward, it is worth repeating that unlike all other commodities, Vanuatu is a key player in the global market, and Vanuatu therefore should be seeking to shape the market in a way that supports the country’s sustainable and equitable development.

This means putting this principal at the core of every decision. Sustainability means a number of different things in this context. It means proactively acting to stop or limit environmental damage. It means ensuring communities have sufficient levels of traditional food sources. Another part of sustainability is ensuring Vanuatu is not overly dependent on kava – whilst kava may be able to drive some degree of economic development within Vanuatu, other sectors must soon follow. This is by no means an exhaustive list – for example a big part in achieving sustainability would be to reduce price fluctuations.

One way to do this is to reduce Vanuatu’s dependency on the global commodity market, particularly by increasing the level of value addition within Vanuatu. Amongst a number of associated benefits this would also increase jobs, increase tax revenue, and boost Vanuatu’s brand. For this to succeed there needs to be a relentless focus on creating a good business environment and promoting quality.

Another way to reduce fluctuations in price would be to increase and diversify global demand to ensure that high prices become the norm, rather just than a short-lived bubble. If prices are high, then farmers can achieve a good income by planting a relatively small amount – a huge boon for the environment. High global prices would also help the wider Pacific region develop. Given what a small proportion of the world currently enjoys kava this is definitely possible. The recent announcement of the Australian kava trial is a good first step. The rules are clear, proportionate, fair, and with a strong focus on quality.

Vanuatu’s small size means that it should also be thinking of innovative and agile ways of growing and diversifying demand. One idea which has been raised by the Vanuatu Business Resilience Council and the Department of Industry is to look at how exports of small packages of Vanuatu Made goods (under 5 kilos) through Vanuatu Post can be made price-competitive.* Whilst more work needs to be done to test its viability, if successful it would allow businesses to sell directly to consumers, thereby opening up entirely new markets, whilst providing the same benefit to other Vanuatu Made products.

At the same time, the Pacific must proactively ensure that production remains solely within the region. If production were to happen on a commercial scale elsewhere, then small-scale producers in the small and remote islands would find it extremely difficult to compete. This would be a huge and unfair blow to the Pacific, which is already struggling with the injustice of the climate crisis – even more so given kava’s cultural heritage and the unique opportunities it offers. Vanuatu has long been a leader on kava, with the CODEX Standards and the Australian trial two recent successes, and protecting production and growing global demand are two possible next steps for regional collaboration.

Finally, it is crucial to formalise the kava sector. This would increase Government revenue, help protect the environment, improve quality, increase resilience, and improve research and data collection – two critical building blocks of good development. Rapidly improving technology also means that in the coming years formalisation will be possible to a degree that was never before possible.

Vanuatu is currently in a period of great uncertainty. There remains the huge unknown question of what the eventual impacts of the pandemic will be, while looking further forward there is the climate crisis and a fourth industrial revolution on the near horizon, both contributing to this uncertainty. One thing is clear though – kava has a leading role to play in helping support Vanuatu’s development journey.