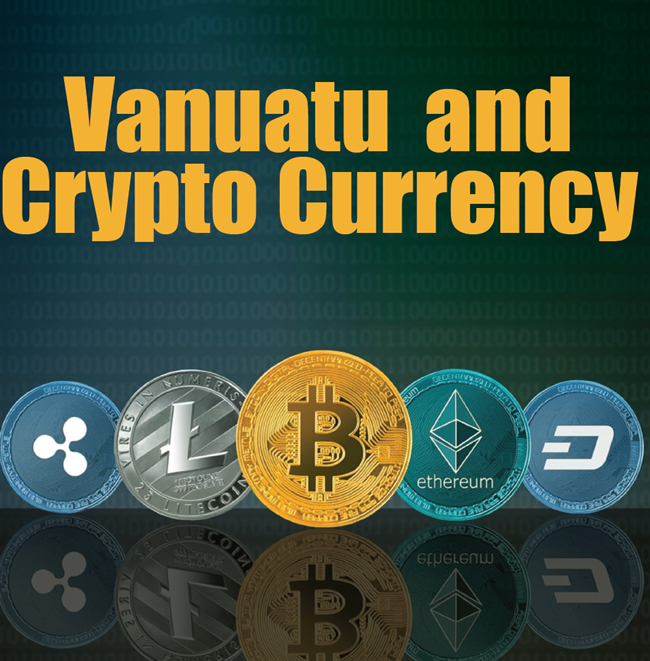 The Vanuatu Offshore Finance Centre and the country status as a tax haven, has been in slow decline over the years due to increase international regulations of Anti Money Laundering (AML) /Combating the Financing of Terrorism (CTL) driven by the International based Financial Action Task Force (FATF). Currently, Vanuatu is currently on the blacklist of the EU as a non-cooperative jurisdiction. It has remained on the blacklist despite being cleared by the FATF. One sector of the offshore finance center has seen growth in the last few years. This is the Financial Dealer Licenses issued.

In 2018, amendments were made to the Financial Dealers Licensing (Amendment) Act 2018, under which the current licenses issued to companies operate in dealings involving financial products. FDL Licenses are issued and regulated by the Vanuatu Financial Services Commission (VFSC). The FIU, which operates out of the State Law Office provides further oversight. In 2018, only 3 licenses were issued. In 2020, 70 licenses were issued and this trend has continued in 2021 with 37 issued as of July this year. As of July 2021, 125 FDL licenses had been issued and the number of licenses continue to rise. For each FDL license, the Vanuatu Government receives in excess of VT1m per annum. The attractiveness of licenses issued by Vanuatu is due to the lower regulatory environment and leverage allowed with the Trading Accounts opened.

The growth in this sector has provided an opportunity for the Offshore Finance Centre to offer a different approach to how it presented itself from one that has been focused on tax shelters in the past to complete transparency. FDL licenses are managed through local agents, most of whom are local financial advisory firms and ownership of these licenses are disclosed. License holders operate through an international company that are incorporated in Vanuatu providing FX trading platforms for dealings in financial instruments. However despite over 120 FDL licenses being issued, only one company in this sector TITAN FX, has created a physical presence in Vanuatu and currently employ in excess of 20 staff. All other licensees are based outside of Vanuatu.

July Amendment to the FDL Act.

In 2018, the Reserve bank issued a press release on the subject of Crypto Currency;
“ strongly advising all corporate, financial institutions, public enterprises, and individual customers and public at large to refrain from involving themselves in Bitcoin trading with bitcoins or other forms of cryptocurrency.”.
It went on further to say that it was;

“ very concerned of its reputational risks on Vanuatu’s image as a whole, itself as the sole authority responsible for the issuance of Vatu currencies and in terms of “Know Your Customer” requirements.”
This changed on July 22, 2021, when the Vanuatu Parliament passed an amendment to the FDL Act which in effect allowed Digital Assets to be included in. In a press release the Financial Markets Association which represents the Country’s financial dealers released a statement
On July 22, 2021, Vanuatu propelled itself in the future of financial services by becoming the latest jurisdiction to insert the words “digital asset” in its legislation. The now gazetted amendment voted by Parliament into the Financial Dealers Licensing Act now authorizes the “service of distribution, secondary trading, custodial storage, provision of investment advice or other services in relation to digital assets.”
The FMA was set up in 2020 and 12 Licensed operators are members.
A further article was published on the Finance Magnates Website https://www.financemagnates.com/cryptocurrency/news/crypto-ban-is-finally-lifted-in-vanuatu-after-lobbying-efforts-of-lawyers/ with the Headlines

The article stated
“ the amendment to the Financial Dealers Licensing Act, without any preliminary announcement, surprisingly went into effect which allows the “distribution, secondary trading, custodial storage and provision of investment advice or other services in relation to digital assets.”

In an updated article in March 2021 on the Global Citizens Website, https://www.globalcitizensolutions.com/buy-citizenship-with-cryptocurrency/ the following announcement was published.

“The Vanuatu government has recently approved the payment of Citizenship by Investment applications with cryptocurrency. In exchange for bitcoin, the government will grant investors a Vanuatu passport. The so-called Vanuatu crypto passport — valid for a duration of five years — allows investors and their families to reside in Vanuatu without any stay requirements.”
The VBR reached out to the Citizenship Office for confirmation but has not been able to verify that the above is correct.
Following this, on July 15, the Guardian published a series of damaging articles concerning the issuing of Vanuatu passports to a small number of individuals out of 2,000 in 2020 who had backgrounds that were “ a slew of disgraced businesspeople and individuals sought by police in countries all over the world” Two of these individuals were involved in a crypto currency scam out of South Africa.
Despite the explosive growth in Crypto currencies, Governments around the world are trying to wind back and increase the regulation of it. China has now suspended the mining of Bitcoin and central banks in some countries have banned Crypto.

Some Observers in the Finance Centre have expressed great concern that the regulatory environment for the management of dealings in Crypto currency, under the FDL licensing are still at an infant stage and that with continued technological advances, Vanuatu will face a hard time keeping up. At the same time, the July 22 announcement of the amendment to the FDL Act to include Digital Assets could not have been more poorly timed with the publishing at an updated articles by Marla Durkin in the Carribean Monthly Report where she has again been critical of the EU for blacklisting Vanuatu under reasons of non-compliance with AML/CTF regulations. The recent amendment to the FDL Act to include Digital Assets could now be seen as another reason for the continued blacklisting of Vanuatu despite the fact that the operations of Financial Dealers in Vanuatu is strongly regulated through the FDL Act and primarily deal in contracts between parties involving financial instruments and as such are not currency transactions. This is different to actual currency transaction that are transfers between institutions.
Bitcoin and Crypto Currency continues to be a divisive issue in the business world but whatever the future holds, there is no doubt that it is here to stay.

a radical pivot or a deal too good to refuse?