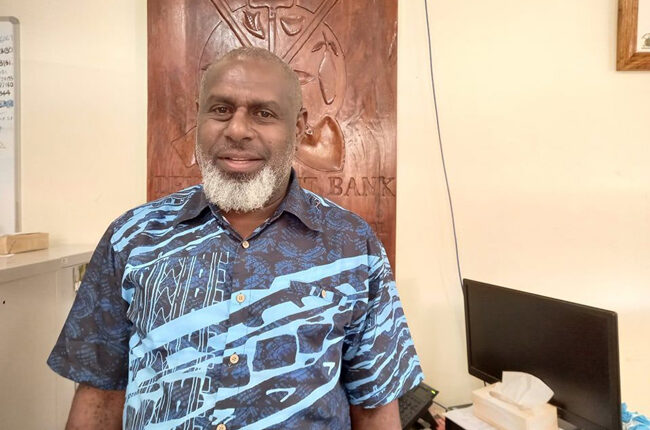 The Vanuatu Rural Development Bank (VRDB) is reportedly still waiting for the VT1.1 billion that the government has promised to the local producers of Vanuatu.

The VRDB, formerly known as the Vanuatu Agricultural Development Bank (VADB), has had its name changed by the Government as the parliamentary amendment was published in the Official Gazette on July 22, 2021.

“The change in the bank’s name is to ensure that the VT1.1 Billion is injected into the bank.”

According to the Lending Manager, the change in name for the bank has also come with a change also in the bank’s business concept.

“The bank has become a depository bank which means we now operate as a commercial bank.

“Before the change in name the bank only lent money but now that we take deposits too, savings accounts will be made as well,” says Mr. Josaiah.

The money will go towards the development of the production sector, he said.

“This is good for the economy but is risky for the bank in terms of repayment but I am sure the bank will manage,” he says.

The bank has not operated as the money from the government is yet to reach the bank but the lending manager shares that many people are enquiring in hopes of the 1% interest rates that the VRDB supposedly has.

If 1% interest rates from a bank sounds too good to be true, Mr. Josaiah says that is because it is not true.

“Operating as a bank with a 1% interest rate is not viable from a banker’s perspective.

“There is a misunderstanding, the VRDB will be paying back the government at 1% interest but the customers will have a 12-18% interest rate,” says John.

The VRDB is maintaining the interest rates that it had when it operated as the VADB.

“The bank is not yet open for lending but it will be open in October on either the 4th or the 22nd.

“We ask that everyone remain patient until then,” says the Lending Manager.

NO GUIDELINES FOR DIGITAL ASSETS YET