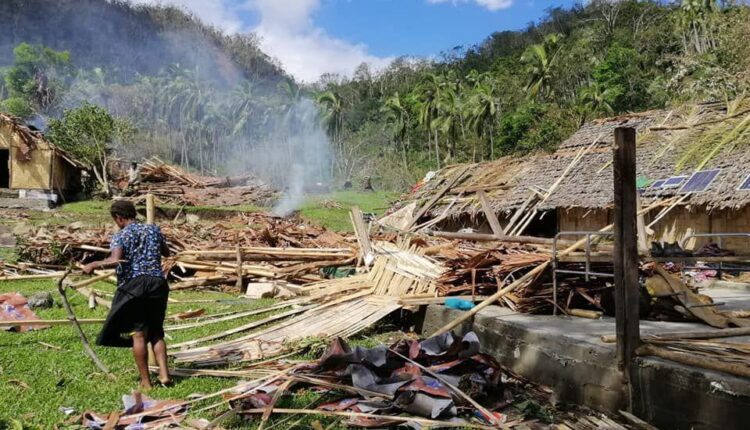 This was relayed via a statement released by the World Bank yesterday afternoon.

Building on a reform program that began in 2020 – designed to support the implementation of stronger risk mitigation and prevention actions across the country – the Vanuatu Second Disaster Risk management Development Policy Grant with a Catastrophe Deferred Drawdown Option supports key aspects of Vanuatu’s new Disaster Recovery and Resilience Act and its Physical Planning Act. Together these will help improve risk reduction, preparedness, response and recovery from future disasters, which often disproportionally impact vulnerable ni-Vanuatu communities.

The operation will also strengthen the health sector response to disasters and climate change, and improve debt transparency through the publishing of quarterly debt reports online.

Vanuatu is particularly vulnerable to tropical cyclones, floods, droughts, volcanic hazards, earthquakes and tsunamis, and modelling suggests that the country is facing an average of US$48 million per year in risk to assets from earthquakes and cyclones alone. In 2020, Cyclone Harold caused US$617 million (61% of GDP) in economic impacts, only five years after Cyclone Pam caused a similar level of economic damage, and just before the country’s tourism industry – representing a significant percentage of GDP – was effectively halted due to pandemic-related border closures.

“We know that women and girls often bear the brunt of disaster impacts in poorer households and that their needs can be overlooked – this support will help ensure no Ni-Vanuatu are left behind in preparedness and post-disaster recovery efforts,” noted Annette Leith, World Bank Resident Representative for Solomon Islands and Vanuatu. “Working with the Vanuatu Government, this support will help save lives and build the resilience of Vanuatu’s communities and economy in the years ahead.”

“With this World Bank support, we have made substantial progress in legislative reform, including improving our preparedness to recover from major disasters and ensuring that physical planning takes hazards into account,” said Minister of Finance and Economic Management, Johnny Koanapo. “This comprehensive multi-hazard approach is helping us shift our efforts to longer-term preparedness and recovery, which is essential given the increasing impacts of climate change in our region.”

Recognizing that the impacts of disasters are not spread equally, even within households, the operation will also concretely close the gender gap in recovery efforts. The new Disaster Recovery and Resilience Act will ensure that, following a disaster, data will be collected and categorized by gender to ensure essential needs are met and support can be delivered where it is needed the most.

The operation is funded through the International Development Association (IDA), the World Bank’s fund for the world’s poorest countries.

This financing reinforces the World Bank’s commitment to increasing resilience in Vanuatu through the Vanuatu Climate Resilient Transport Project, which is providing critical upgrades to 65 kilometers of the South Santo Road on Espiritu Santo, and the Vanuatu Infrastructure Reconstruction and Improvement Project, which is improving the climate resilience of schools and roads that were impacted by Cyclone Pam.