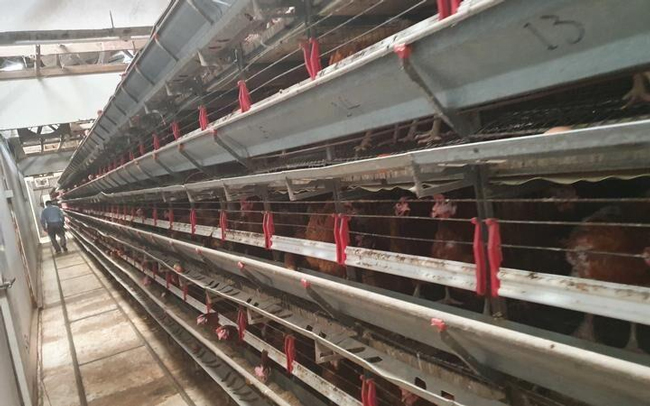 Vanuatu Business Review » Chiko behind by VT14M on Loan Repayment


Chiko behind by VT14M on Loan Repayment

The 40% tariff on imported chicken eggs intended to support local egg producers hasn’t made much of a difference with Chiko Farm, says owner Ken Thode.

Chiko is one of the country’s largest supplier of eggs, alongside Vanuatu Poultry, and the reason why the increased import duty on eggs has barely made a dent in its revenue base is because of a VT300 million loan it took out with National Bank Vanuatu for his business, and is currently paying back at VT4.7 million a month.

On top of the loan is the 200 tons of imported chicken feed which costs VT7 million for 70,000 chickens that lasts only a month.

According to Mr Thode, chicken feed is not produced locally, so in order to feed his business, he has to provide 100% of imported chicken feed.

Given the cost of the feed and the repayment to NBV which is already behind by VT14 million, Chiko Farms has opened two new branches which he rents at Teouma Street (VT155,000 a month) and Tebakor (VT55,000 a month).

Mr Thode says the import tariff increase is good but it doesn’t solve the issue, and if the government really wants to help the local egg industry flourish, then simply ban imported eggs altogether.

“(Has the import tariff come into effect?) what I’ve been told it has, if any imported eggs arrive. Any eggs that come in will be hit with 40% egg tariffs. Imported eggs means money going to other countries and less employment for the Vanuatu people,” he said.

“The government should just totally ban eggs coming into the country to give Ni Van people small egg farms to make a bit of money.”

Since the borders closed, delay in eggs cartons or egg trays have also added to the financial stress of Chiko Farms. Mr Thode explained that their product is time sensitive and it needs the proper packaging, so a delay would mean that eggs cannot be safely packaged and shipped to the outer islands of Santo, Malekula, Tanna, Ambae and Ambrym.

Chiko Farm Sales officer that over 100 trays of eggs are shipped to Malekula weekly that’s over 3,000 eggs to Malekula only and when there are no trays, the eggs either have to be given for free or sold at half price before it expires.

“Chiko has lost VT60 million due to imported eggs and lack of packaging,” the owner of Chiko Farm said. The General Manager of Dynamics, Sophia Fogarty refused to comment on the increase of imported egg tariffs. Dynamics imports eggs from New Zealand.